How a Carburetor Works 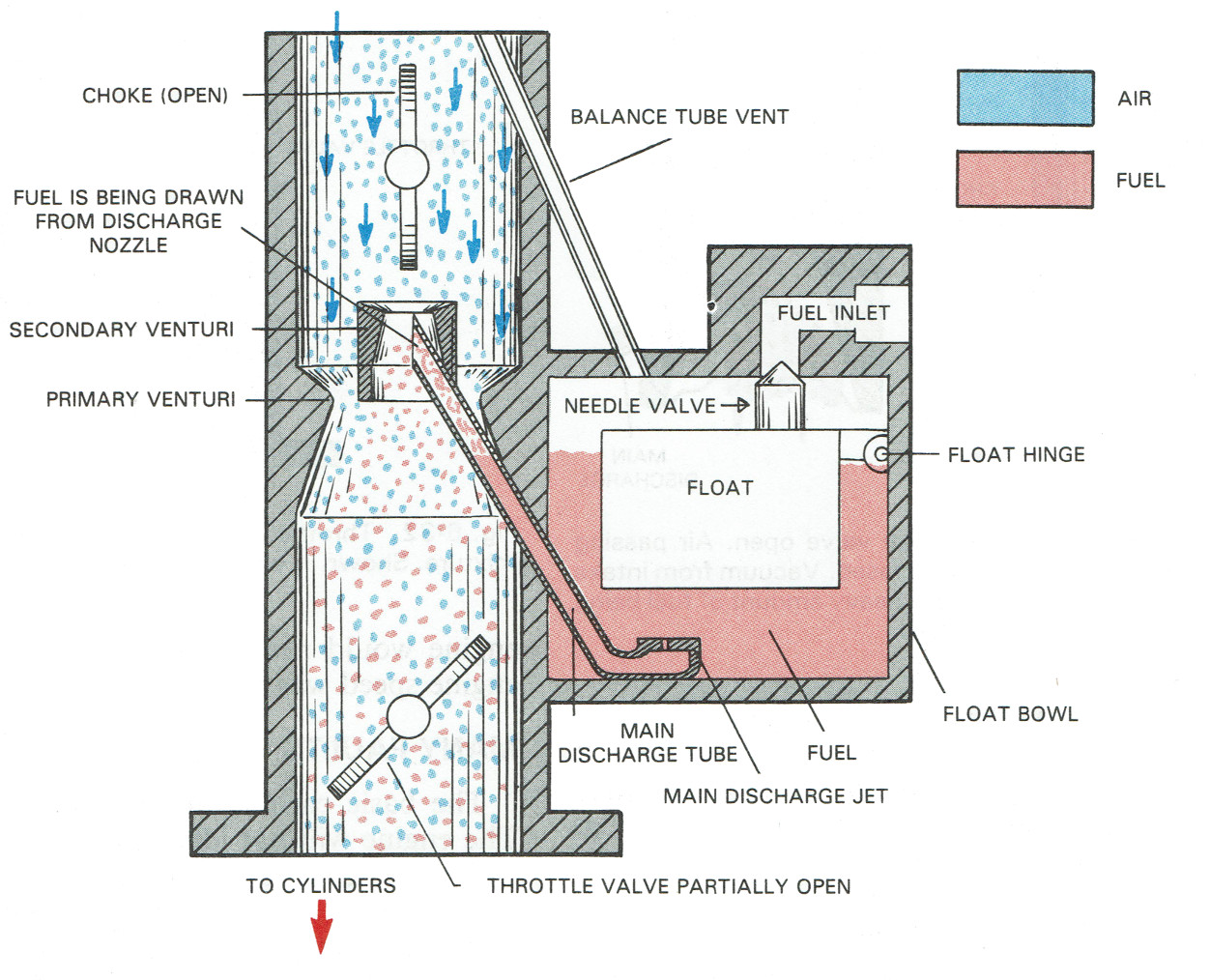 Fuel enters the carburetor through a fuel inlet. The float regulates how much fuel to let in. When the float bowl has enough fuel the float moves up and shuts off the fuel via the needle valve. As the fuel level drops, the float drops down and allows the needle valve to open.

Fuel enters the carburetor throat through a main discharge passage. Fuel is drawn by the vacuum created in the carburetor bore. The fuel is then mixed with air that is drawn in from the top of the carburetor bore, facilitated by the venturi. When the engine is cold the choke valve is partially closed restricting the air flow. This richens up the air/fuel mixture allowing the engine to start & idle cold.

The throttle valve is used to restrict the air/fuel flow. It starts at a closed position and as it is opened by the throttle linkage the air/fuel mixture is allowed into the intake manifold.
Idle Circuit 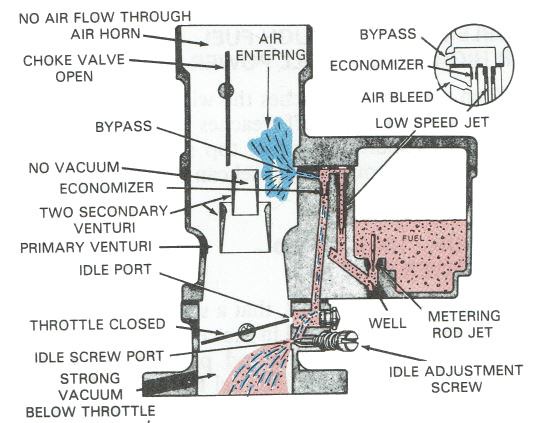