The Rochester B carburetor can have a couple of different types of main discharge check ball assembly as shown in Illustration 1. The float bowl on the left is our main concern here. You can watch the how to video below, or read on to get the same information. 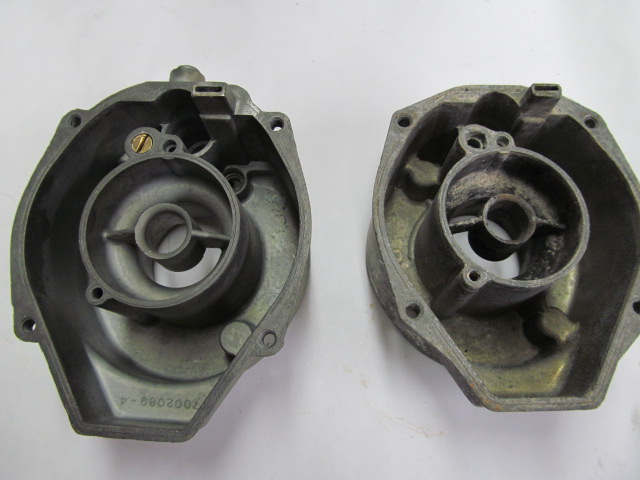 The float bowl on the right is the more popular type of discharge. It assembles with a check ball, spring, then a T to hold it in as in Illustration 4 & 5. The float bowl on the left and the bowl in Illustration 2 has the same type of assembly except instead of a T, there is a slotted brass plug. You may mistakenly think that it is a threaded plug because of the slot, but it looks more like a piston (no threads), which fits snugly into the hole, holding the spring down. As you can see in Illustration 3, the plug is slotted which allows fuel to flow through. 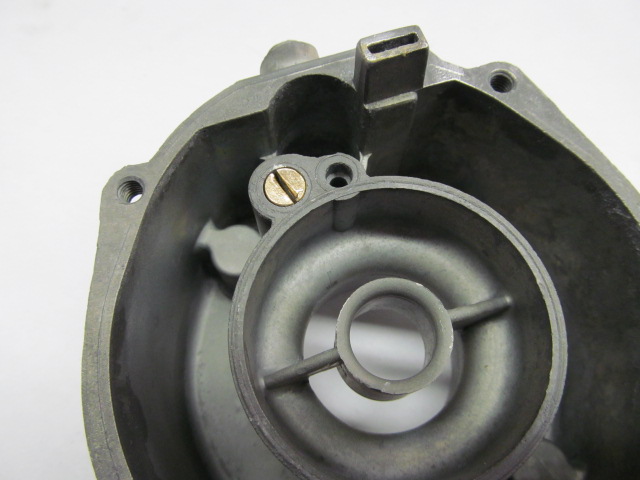 Both types of discharge need to be cleaned out, or you could have acceleration problems. The problem with the brass plug type is that they are often frozen into the bowl and when you try to remove it with a screw driver can break and often does. One way to get the plug loose might be to heat up the bowl around it, but be careful you could warp the float bowl. I always try to remove the plug so that I can use it again, only because I tend to like things original, but I don’t lose any sleep when they do break. Do whatever you can to get it out. You can try using a wire with a small hook on the end to pull it out, or use a screw driver to turn it back and forth until it is loose enough to fall out. 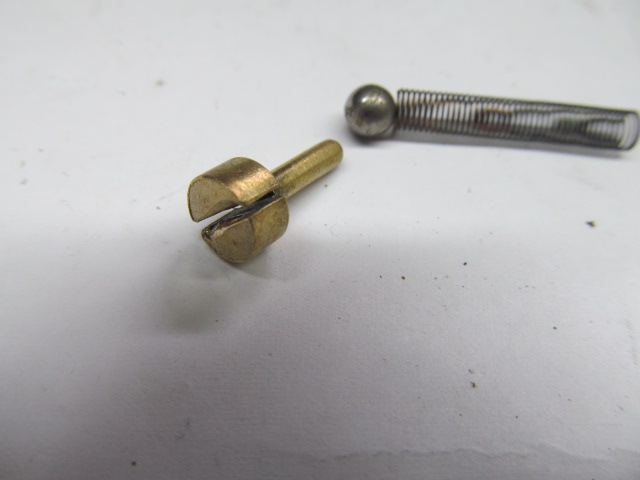 When the plug does break, throw it away and use the T that comes with the carburetor kit that we sell. Place the check ball (the bigger one), in the hole 1st, then the spring and then the T. You will have to make a couple of slots into the float bowl for the T to sit down into. Use a dremmel tool, or something similar. It doesn’t have to be anything fancy. The goal is to simply get the T to fit into the hole flush with the float bowl top. Illustration 4 is what the float bowl would look like with the T inserted. Check out Illustration 5 to see what the sequence is for the T, spring & check ball.