April 1st, 2016 Tesla unveiled their much anticipated Model 3. Thousands put down deposits, even though Tesla itself says, “Model 3 will begin production in late 2017,… ” That’s a long wait, but early adopters aren’t easily dissuaded, as shown by demand for the impressive Tesla Model S. But just how innovative is the electric car? 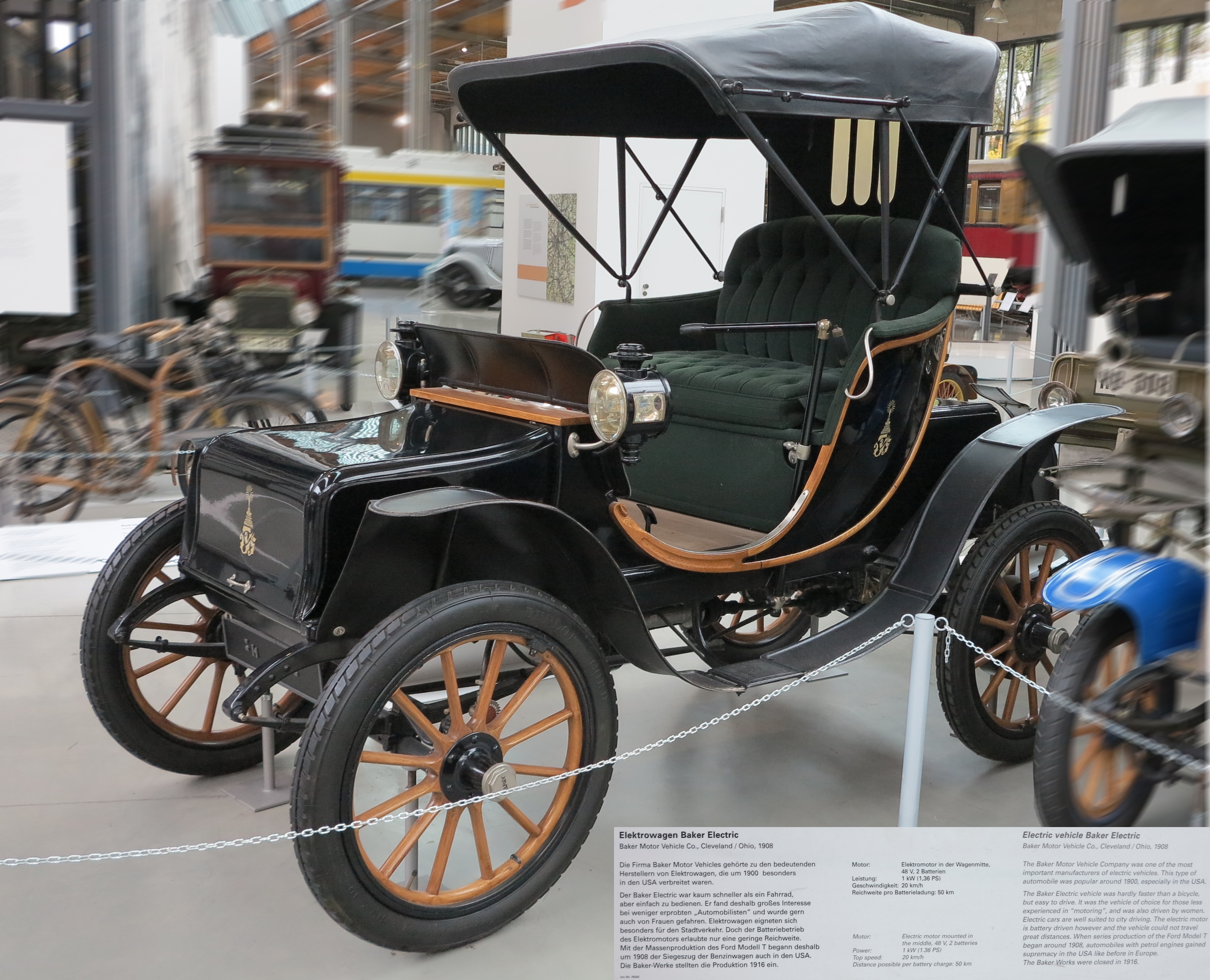 The first four-wheeled electric Vehicle took to the roads of North America in 1890. Eight years later Ferdinand Porsche (yes, that Porsche,) was driving his electric P1, which he followed with the worlds first hybrid car. By 1900 28% of the cars built in the US were electrically-powered. (Admittedly, only 4,192 cars were built in total that year.)

1900 saw the founding of the Baker Motor Vehicle Company in Cleveland, OH. One of many electric car start-ups, Baker prospered, thanks to a reputation for quality, until the arrival of the electric starter.


What really killed the electric vehicle

The Model T launched in 1908, and the rest is history, as they say. Well not quite. Many people weren’t convinced of the benefits of internal combustion. The early gasoline vehicles were noisy, smelly, and hard to start. They had a crank at the front of the engine that had to be turned by hand. When the engine “caught” and started to run the crank would fly around, injuring more than a few automotive pioneers.

Thanks in large part to Henry Ford’s efforts, gasoline powered vehicles were less expensive than electrics. By 1916 a Model T could be had for $650, (not an insignificant sum,) but an electric roadster would run around $1,730. Economics played a part in pushing out the electric car, and Baker Electric were one of many to cease manufacturing, but the final blow was delivered by one Mister Charles Kettering.

Now largely forgotten, (except by the students attending the college named after him,) in 1912 Kettering invented the electric starter. Instantly, this changed the acceptability of gasoline vehicles. Sales grew rapidly while electrics disappeared, until the late 1990’s.

Electric cars were largely forgotten until the late ’90’s. That was when, responding to a clamor for “greener” vehicles, (mostly from California,) GM created the EV1. An unattractive blob, it was slow with a limited range. Sales were miniscule, but it might be argued this was also the dawn of the modern electric vehicle era.

Toyota launched the first generation Prius in 1997. Initially sold only in Japan, it reached the US in 2000 some months after the Honda Insight hybrid. It wasn’t an instant hit but dramatic rises in the price of gas saw car buyers take notice, and sales climbed.

A hybrid isn’t a pure electric vehicle as it carries a gasoline engine, but the growth of hybrids, along with legislation on gas mileage, stimulated interest in electrics. In 2008 Tesla started selling the electric-only Roadster. In 2010 Nissan gave us the all-electric Leaf, in 2012 Tesla launched the Model S, which was followed by BMW unveiling their i3.

The electric car is most definitely back and you won’t need carburetors, or fuel injectors.